Tag Archives: The Harp in the South

The Harp in the South by Ruth Park

I will be speaking at the HNSA Melbourne Conference 8th to 10th September, 2017. My session is on Saturday afternoon.

WORLDS AT WAR: THE APPEAL OF 20TH CENTURY HISTORICAL FICTION
The history of the early to mid-20th century now falls within the definition of ‘historical fiction’. Why do novels depicting the great conflicts of modern times hold such fascination? And has war fiction replaced Tudor fiction as ‘the favourite flavour’ for readers and publishers? Julian Novitz discusses these questions with Paddy Richardson, Elise McCune, Justin Sheedy and Julian Leatherdale.

The main menu of the website (2017 Programme) is broken into the following sub-menu:

This is my fifth review for the Australian Women Writer’s Challenge.

The Harp in the South by Ruth Park is one of my favourite books. It was first published in 1948 and was Ruth Park’s first novel. Set in the 1940’s it tells the story of the Darcy family who live in a small terrace house in Surrey Hills, a working class suburb of Sydney: Roie and Dolour, their parents Hughie and Margaret (Mumma) and Mr Diamond and Miss Sheily who rent the two attic rooms in the house. Hughie has a job at a foundry, but is often off sick due to the effects of the sly grog he imbibes. Mumma tries to be a good Catholic wife. They once had a little son,Thaddy, but one day he was playing outside on the pavement and disappeared never to be seen again. The lose of Thaddy leaves a hole as big as the sky in Mumma’s heart. 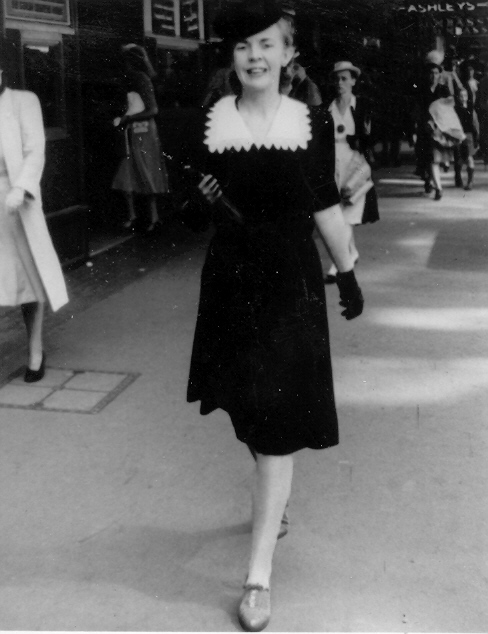 The main theme is the influence of the Catholic Church and poverty and hardship. When I read The Harp in the South I am in awe of how Ruth Park, a young woman at the time of writing this novel, had such insight into the lives and loves and despair of the people who lived at Twelve-and-a-Half, Plymouth Street. And she understands that they enjoyed being part of a family and the wider community and also that they considered themselves lucky.

In October 1945, the Sydney Morning Herald announced an art and literature grant that included a two-thousand pound prize for the best novel. In December 1946, Ruth Park (aged twenty-six) learned that out of 175 entries, her book about the Irish-Australian family had won.

The Harp in the South, wrote war poet Shawn O’Leary in the review that accompanied the announcement, ‘bludgeons the reader about the brain, the heart, and the conscience.’ It became an Australian classic, acclaimed by literary critics and so loved that it is yet to go out of print and is published in 37 languages.

The Harp in the South is a wonderful book, a quintessential Australian story that I reread often with something amounting to glee.

Perhaps in some other time she would find him here in this room, this dirty dark room that had now been enhaloed and enchanted as the tomb of Joseph of Arimathea after the Resurrection. She looked up at the ceiling; neither the stained plaster nor the clotted webs did she see, only the dark and fathomless and immortal sky, and beyond it Him who chose to walk in the ways of the poor and the forgotten as He walked in His garden.