Clara Reeve was born in Ipswich, England, in 1729, one of the eight children of Reverend Willian Reeve, M.A., Rector of Freston and of Kreson in Suffolk, and perpetual curate of St Nicholas. After the death of her father, she lived with her mother and sisters in Colchester. It was here that she first became an author, publishing a translation of a work by Barclay under the title of The Phoenix (1772). She was the author of several novels, of which only one is remembered: The Champion of Virtue, later known as The Old English Baron (1777), written in imitation of, or rivalry with, the Castle of Otranto by Horace Walpole, 4th Earl of Orford, with which it has often been printed. The first edition under the title of The Old English Baron was dedicated to the daughter of Samuel Richardson, who is said to have helped Clara revise and correct the novel. Her novel noticeably influenced Mary Shelley’s Frankenstein. She also wrote the epistolatory novel The School for Widows (1791). Her innovative history of prose fiction, The Progress of Romance (1785), can be regarded generally as a precursor to modern histories of the novel and specifically as upholding the tradition of female literary history heralded by Elizabeth Rowe (1674–1737) and Susannah Dobson, d. 1795. One of the stories in this work, ‘The History of Charoba, Queen of Egypt’, was the inspiration for Walter Savage Landor’s first major work Gebir. Clara Reeve  led a retired life, leaving very little biographical material. She died at Ipswitch,in 1807,  and was buried by her own direction in the churchyard of St. Stephens, next to her friend the Reverend Derby.   Clara Reeve, best known for her work The Old English Baron (1778), set out to take Walpole’s plot and adapt it to the demands of the time by balancing fantastic elements with 18th-century realism.

I wonder if Clara Reeve was in love with the Reverend Derby?

This week I sorted out something in my novel that I always felt wasn’t quite right. The earlier drafts were fine but I feel this draft is much better for the changel! It now contains small elements of a fairytale which is not at all what my novel is about but adds something of enchantment: a forgotten story about WW2, a remarkable journey and the wonderful fact that the last part this story from the past was filmed at the time! I believe such serendipity is a gift! I am not going to discuss the details here as I have a rule not to discuss my WIP (work-in-progress) other than in general terms.  This research helped me edit two chapters to the last draft (which will be edited again before being sent to the publisher who has asked to see the completed manuscript). I have given myself three months from last week to have the final draft edited. Nothing like a deadline to get my fingers typing! I read somewhere that writing a novel (and I guess also a short story) is like pushing a pea up a hill with your nose . . . I agree. It’s wonderful when it all starts to come together. I write on a computer but could happily write on paper with a quill. I am researching Gothic literature and when the novel is finished I will  write Gothic short stories set in Australia. Australian Gothic has a long rich history which continues to the 21st century with writers like Elizabeth Jolley. Enjoy your writing week, Elise

Haunting landscapes just made for myths,legends and fairy tales. Also
look at some of the other articles on this page, really interesting.

Our Australian landscape is filled with Gothic imagination.

Women trapped in marriages with unkind and sometimes violent husbands is a theme that Rosa Praed returns to repeatedly. She was one of early Queensland’s most important writers. A member of the squattocracy, she came from a socially prominent family with interests in both literature and politics. Her unhappy experience of marriage is reflected in her work.

While not strictly Gothic novels, the three novels  Rosa set on Curtis Island, An Australian Heroine, The Romance of a Station and Sister Sorrow, are pervaded by the oppressive isolation of the bush and trapped women.

More than half of her 45 to 50 novels are set in Australia, but most of her life was actually spent in England where she developed a writing career and achieved celebrity  in literary and political circles.

She also had an interest in spiritualism.  It emerged in the unhappy early days of her marriage on Curtis Island and it increased in her later life. Her novel Nyria had its genesis in seances and Rosa believed that Nyria, a Roman slave, was reincarnated in her companion Nancy Haward.

Rosa Praed’s novels portray much of her own life.  It is impossible to read, for instance, descriptive passages in any of the three novels set on Curtis Island, An Australian Heroine, The Romance of a Station and Sister Sorrow, without feeling the oppressive isolation of the bush that she experienced there. Anyone looking down today, from the bare hill on which Monte Christo homestead stands, or approaching Curtis Island across the Narrows in a small boat would see the same desolate scenes as Rosa Praed, and the same endless mangroves ahead. Similarly it is impossible to read her novels portraying unhappy marriages without reflecting on the sadness within her own marriage.

I have an interest in gothic literature. I will post about the gothic in future posts. There is something about crumbling houses, dark family secrets and gloomy castles, that I love. I have set part of my WIP (work-in-progess) in a castle. Gothic genres are often set in Australia in the twentieth century and beyond.

Carlos Ruiz Zafón was born in Barcelona and is the author of The Shadow of the Wind, the most successful novel in Spanish publishing history after Don Quixote. Translated into more than 35 languages, it has been read by over 12m readers worldwide.

Mention the gothic and many readers will probably picture gloomy castles and an assortment of sinister Victoriana. However, the truth is that the gothic genre has continued to flourish and evolve since the days of Bram Stoker, producing some of its most interesting and accomplished examples in the 20th century – in literature, film and beyond. Ours is a time with a dark heart, ripe for the noir, the gothic and the baroque. 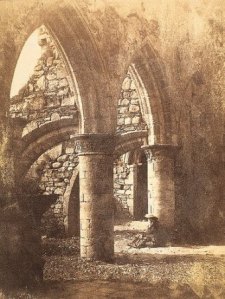 The title says it all.