Memory is the scribe of the soul ~ Aristotle.

This week I wrote each day. I am pleased with the progress I have made on my WIP (work-in-progress). There are nineteen chapters (at the moment) and the story I outlined in January is closer to completion. I have edited about half the chapters, have one to finish, and one that might be deleted or changed in some way. The outline I wrote has been helpful in finding my way to this point. I hope to have the completed first draft of the novel finished by the end of this year and in January I will do a final edit. Christmas celebrations with my family and friends will slow the writing down. When the final draft is finished I will send it to the publisher in early February and keep my fingers crossed.  I will then work on the television proposal with Dave Sabben. The siren song of another story is calling me although I am not sure if this will be the one I will write. The story will be set in Australia (as part of my WIP is) and will not be a time-split novel (as my WIP is) but set in one historical period. It will be based on a true story that I came across some years ago. The story have stayed with me since this time. I will need to research the historical facts and also visit the area where the story is set to take photographs and visit dwellings. I won’t discuss the story itself as I don’t want anyone to influence how I go about writing this story. Once I start the writing of it I will document my journey here.  I will take  several empty notebooks  with me when I travel. I have six large notebooks of notes for my WIP. I don’t look at them I am writing but I will skim through them when I finish the final draft in case some gem of forgotten information is hidden there that I can use. When I start my research I read widely from contemporary diaries and novels and biographies set in the period. It is a constructive period of osmosis and the information surfaces as needed when I am writing.  Someone once said (Lytton Strachey?) that they needed three lives: one for leisure and friends and family, one for reading, and one for writing, how true! Good writing to everyone…Best, Elise 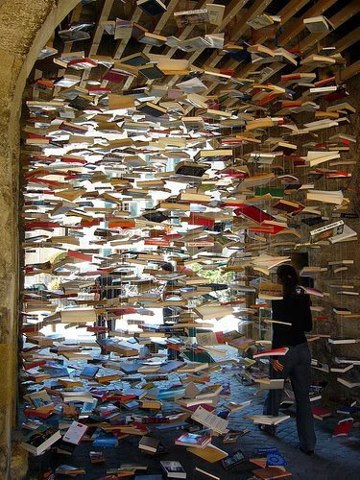 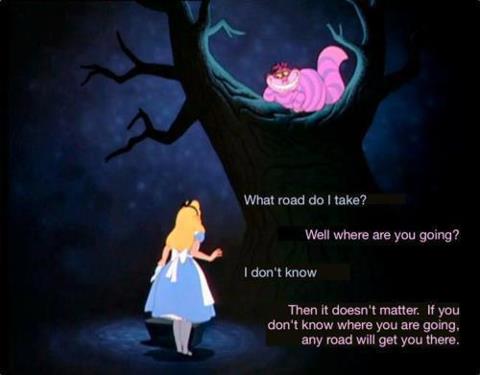 One of my favourite tales.

I have always read books. I read story books to my cousins when I was small and as I couldn’t really read when I was three or four years old I made up the stories to fit the pictures. As a child I loved comic books and read all I could buy or borrow. My mother always told me ‘if you read you are never lonely’. Mum was a reader. She loved history and the English language. She would disappear to her bedroom each afternoon to read. I always seemed to have a heaps of books to choose from in our home and I was allowed to read any book I wanted to. A treasured cache of books was found at my paternal grandmother’s house in an old trunk. Children’s books from the early years of the twentieth century; a lot from the twenties and thirties. Girls and Boys Own Annuals – the covers of which today are often seen on birthday cards. I read ‘Shirley Flight-Air Hostess.’ I saved my pocket money (given each week-no chores needed to be done to receive it!) and bought the series (all brand new books-what a treat!).A great source of reading when I was around twelve years old was the school library. A favourite book being ‘King Solomon’s Mines’. Once I discovered this book I read the other Rider Haggard books. I read all the books by the Brontes and lots of the classics. I read ‘The Woman in White’ by Wilkie Collins in one day. Heavens knows why my parents didn’t object when I read through breakfast, lunch, and dinner at the dining table, book propped up in front of me. As I ran away from home now and again when I was younger they probably thought at least they knew where I was now! Secondhand bookshops in Sydney and Kings Cross were visited regularly and I found many a still treasured book hidden on high up dusty shelves.
Next week I will write more about my love affair with books and my writer’s journey.

Persephone Books are exquisite. Take a look at their website. This is the May, 2012 newsletter.

30 May 2012
Well, we are ready for the Jubilee weekend – the Union Jack in the window (on the ironing board and plus iron) and the window boxes planted with red, white and blue petunias. We are all hoping that Sunday will be as glorious as this Canaletto – River Thames with St Paul’s Cathedral on Lord Mayor’s Day c. 1747-8.:

Then on Tuesday we are having a neighbours’ tea party – cucumber sandwiches and cake out of Emma Bridgewater cake tins.

When we were in Los Angeles we saw the posters for the new film called Hemingway and Gellhorn and we had a little giggle because of course we ¬– and every Persephone reader ¬ ¬– can’t wait to see the film: Martha Gellhorn was not only a journalist but an incredible novelist, A Stricken Field (1940) being probably her best novel, and Hemingway was, well, Hemingway. The reason for the giggle is that it’s hard to imagine the two words Gellhorn and Hemingway having even remotely mass appeal. No matter, the film is obviously memorable, here is a review, scroll down for the trailer; the sooner the film opens in the UK the better, we can’t wait.
Talking of incredible women – English Heritage has just put up four new blue plaque – and all to women: Constance Spry, Elizabeth Bowen, Jean Rhys and Elisabeth Welch.

And this English Heritage page makes it plain that they are working on putting up a plaque to Martha Gellhorn, as well as other hitherto unsung women. Talking of which, a Berthe Morisot exhibition has just finished in Paris. She was a spectacular artist. The Financial Times wrote about her here .‘The only woman to exhibit in the first Impressionist exhibition in Paris in 1874, such was her standing that Degas declared: “We think Berthe Morisot’s name and talent are too important for us do without.” Yet Morisot was no Amazon….She suffered for her art, and her art suffered as a result. The oeuvre itself, top-heavy with images of women and children – in living-rooms, blossom-bursting gardens and sunlit, shady parks – testifies to an artist devoted to the domestic, intimate and private…It was Morisot’s fate to be born in an epoch that would have frowned on any woman painter who dared to venture, à la Monet and Caillebotte, into the public realm. (That women were only permitted to enrol in L’École des Beaux-Arts two years after her death, and that her death certificate recorded her as having “no profession” reveals much about the challenges she faced.)’

Another pioneering woman: the novelist Elizabeth Taylor. There will be a conference about her life and work in Cambridge on Saturday July 7th. Here are the abstracts of the papers that will be delivered. Anglia Ruskin has a tradition of hosting very good conferences about ‘neglected women writers’.
Most Persephone readers will be familiar with David Gentleman’s work, in part because he drew the shop for us in 2001 and his drawing is on our website here..He is a superb artist and now his new book London You’re Beautiful is bringing him new admirers. Here is a fascinating video about David and about the book.Tavistock Square is below. Congratulations too to his daughter Amelia Gentleman for winning the Orwell Prize for Journalism last week.

The Independent on Sunday ran an article abut Rachel Ferguson in which it called Alas, Poor Lady her most interesting book. And in 1976 Noel Streatfeild was on Desert Island Discs – you can listen to this here. And do look out for details of an exhibition by the brilliant Anne-Catherine Phillips .
Finally, last weekend Persephone Books was at the Steyning Literary Festival. There is a most beautiful walk from Steyning and the First World War poet Philip Johnson wrote this about it:
I can’t forget the lane that goes from Steyning to the Ring
In summer time, and on the Down how larks and linnets sing
High in the sun. The wind comes off the sea, and Oh the air!
I never knew till now that life in old days was so fair.
But now I know it in this filthy rat infested ditch
When every shell may spare or kill – and God alone knows which.
And I am made a beast of prey, and this trench is my lair
My God! I never knew till now that those days were so fair.
So we assault in half an hour, and – it’s a silly thing –
I can’t forget the narrow lane to Chanctonbury Ring.
rNicola Beauman
59 Lambs Conduit Street
30 May 2012 I