Land Beneath the Wind by Agnes Newton Keith

I am reading  Land Beneath the Wind.  It was given to me as a gift by an intrepid traveller who recently returned from Sabah, Borneo and visited Agnes Keith House.

What I like about the story of Agnes Keith is the mystery that involves her daughter, Jean. It seems that Jean may have been the daughter of her husband by a previous marriage or by a liaison.

In a recent study of Sabah society in colonial days we find this gloss on “liaisons with local women:”

During the period of Chartered Company rule in Sabah it was not uncommon for European administrators to form liaisons with local women. Such a practice occurred throughout the British Empire, though with local variants. Need of companionship saw this practice being condoned by most colonial administrations including the Chartered Company, albeit unofficially. Strictly speaking, it was considered improper, thus little written information is available for a proper treatment of the subject. The Chartered Company’s fortnightly newspaper, the British North Borneo Herald, for instance, is almost silent on this matter. …

Even the husband of the celebrated author Agnes Keith is known to have had a local girl before he married Agnes. …

Agnes Newton Keith (July 4, 1901 – March 30, 1982) was an American author best known for her three autobiographical accounts of life in North Borneo (now Sabah) before, during, and after the Second World War. The second of these, Three Came Home, tells of her time in Japanese POW and civilian internee camps in North Borneo and Sarawak, and was made into a film of the same name in 1950. She published seven books in all. 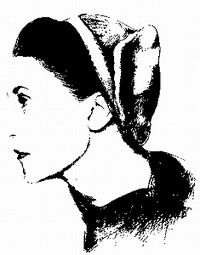 She was born in Oak Park, Illinois. Her family moved to Hollywood, California when she was very young. The family moved again when Agnes was ten, this time to the nearby beach community of Venice, California.

She attended the University of California, Berkeley. Upon graduation, she worked with the San Francisco Examiner.Eight months after starting her journalism career, she was attacked by an assailant who was convinced that the newspaper was persecuting him by printing Krazy Kat cartoons. She received serious head injuries which affected her memory. She also became seriously depressed, and after two years of illness her father sent her and her brother Al to Europe to recuperate.

In 1934, she married Henry G Keith, known as “Harry Keith”, an Englishman. He had been a friend of her brother Al when both boys had been at the same school in San Diego, and Agnes had first met him when she was eight years old. He had gone on to work for the government of North Borneo, and she had not seen him in a decade when he visited California while on leave in 1934. However, as soon as they re-met they decided to get married, and were wed three days later. Three months after their marriage they sailed for Borneo.

Harry persuaded Agnes to write about her experiences and enter it in the 1939 Atlantic Monthly Non-Fiction Prize contest. The judges voted unanimously for her entry to win, and it was partly serialized in the magazine before being published in November of that year as Land Below the Wind. The book received favorable reviews: The Scotsman described it as ‘A delightful book … It has abundant humour and a pervading charm … An original and engaging description of a country and people of extraordinary interest.’

On arriving in Sandakan in 1934, they moved into Harry’s bachelor bungalow, but the couple soon relocated to a government building on a hilltop, where they lived until internment in 1942. After the war they returned to Sandakan to find the house destroyed. They built a new house in 1946–47 on the original footprint and in a similar style to the original. They named this house Newlands and lived there until they left Sabah in 1952. After nearly 50 years of gradual deterioration, first under tenants and then as an empty shell, the house was restored by Sabah Museum in collaboration with the Federal Department of Museums and Antiquities in 2001. The house is a rare survival of post-war colonial wooden architecture.

It was opened to the public in 2004 and is a popular tourist attraction. It contains displays on Agnes and Harry Keith as well as information about colonial life in Sandakan in the first half of the twentieth century, and is commonly referred to as the Agnes Keith House.

It’s a book that I’ll keep on my bookshelf to reread.

Have a good writing and reading week.