It’s an old Celtic custom to talk to your bees. I wrote about bees in my novel Castle of Dreams.  It is the early nineteen forties and Robert Shine, an American soldier, is having dinner with Vivien Sherman and her husband William at their home in Brisbane.

‘ . . . We have an orchard and there’s an old apple tree with a low branch and a bees’ nest stuck fast into it. We have several hives. They keep us supplied with honey.’

‘I like bees,’ said Vivien. ‘My mother has beehives and tells them every significant event– every birth, marriage and death that occurs within the community.’

‘Old folklore.’ said William. He turned to Robert with a knowing smile. ‘My wife’s parents live in a strange falling-down castle in far north Queensland. Superstition came from Ireland with Vivien’s mother. She’s an unusual woman.’

Vivien frowned. While what he said was true, she wondered why he’d told a stranger about her mother’s eccentricities. ‘The bees foretell death when they abscond from their hive,’ she said stubbornly. She knew William didn’t like it when she referred to her mother’s beliefs.

‘If the bees become hurt by neglect, you will suffer the consequences,’ she continued.

Robert nodded, his expression serious. ‘I remember returning from my grandfather’s funeral and finding that the bees had absconded from their hives,’ he said.

So if you have bee hives remember to talk to your bees and plant lots of bee-loving flowers in your garden.

Celtic mythology is an endless source of gold for an author. It is easy to add to a novel to make it more layered. I was recently researching Celtic traditions and came across the earliest-known Celtic calendar, the Coligny calendar, now in the Palais des Arts, Lyon.  Each year is divided into thirteen months. 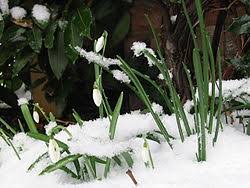 Lughnasadh: 1st August- Beginning of the Harvest, and the end of summer

Sunset on Samhain (pronounced ‘sow-en’), October 31st, is the beginning of the Celtic New Year. The old year has passed, the harvest gathered, livestock  brought in from the fields, leaves are falling from the trees. It’s the ending of one cycle, the beginning of another as the earth slowly begins to hibernate. In Celtic Ireland about 2,000 years ago, Samhain was the division of the year between the lighter half (summer) and the darker half (winter). Like Bealtaine, Samhain was seen as a liminal time, when the boundary between this world and the Otherworld could more easily be crossed.

Ancient Celtic wisdom associates seeing a large patch of primroses with a gateway or portal into the faerie realms.

I will never stop writing about flowers and myths in my novels. In Castle of Dreams I wrote about the rainforest, I also wrote about an overgrown garden surrounding a cottage in the Blue Mountains.

Afterwards, Vivien slipped on her kimono, left Robert sleeping, and went outside to the garden.

While the inside of the cottage was as neat as a pin, the backyard was a delightfully overgrown shambles with a back-drop of autumn hues: a row of tupelo trees immediately behind the cottage, and maple, ash and tallow woods on the crest of a small hill a little further away. Ferns dipped over a brick path leading to the one point of light in the garden, a silver linden tree.