Charlotte, Emily and Anne Bronte wrote about the wild moors in the north of England. It is place that is grey and dark in winter and even in warmer seasons is a sombre place where  tough bracken and heather cover the hills and fragments of the past linger. 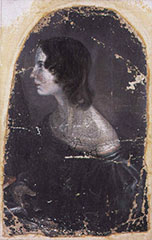 The isolation of Haworth Parsonage on the wild and bleak local moors separated the Bronte children from other families and they relied on each other for companionship. This lead them to create fantasy worlds: Gondal, shared by Emily and Anne, is an island in the North Pacific; Angria, shared by Charlotte and her brother Bramwell, is nominally in Africa. 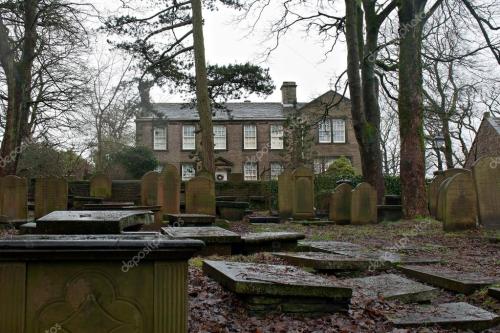 Wuthering Heights was written by Emily Bronte and is her only novel. It was published in 1847 under the pseudonym ‘Ellis Bell’.  Emily Bronte died the following year, aged 30. 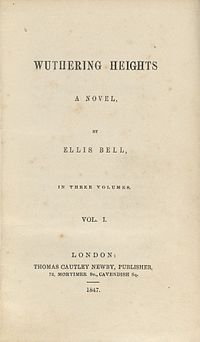 ‘I lingered round them, under that benign  sky, watched the moths fluttering among the heath and harebells, listened to the soft wind breathing through the grass, and wondered how any one could ever imagine unquiet slumbers for the sleepers in that quiet earth.’

‘Wuthering’ being a significant provincial adjective, descriptive of the atmospheric tumult to which its station is exposed in stormy weather. Pure bracing ventilation they must have up there at all times, indeed. One may guess the power of the north wind blowing over the edge by the excessive slant of a few stunted firs at the end of the house, and by a gaunt range of thorns all stretching their limbs one way, as if craving the alms of the sun. ~ Wuthering Heights, Chapter 1.

I discovered the Brontes when I was still at school and knew straightaway I’d found magical stories. The images were wonderful: bleak moors, star-crossed lovers, solitary landscapes, valleys and streams; haunting novels.

And, of course the story of the Brontes themselves.

Remember, read books that bring magic into your life.