The first castles were built by the Normans and started with the wooden Motte and Bailey castles. They were eventually replaced by castles of stone.

Winner of England’s Booker Prize in 1990, Possession-A Romance written by A.S. Byatt is one of my favourite novels (a keeper on my bookshelf). Names in novels are of the utmost importance to most authors and A.S. Byatt used Motte and Bailey as surnames for two of her characters in the novel: Christobel LaMotte and Maud Bailey (Bailey was my grandmother’s maiden name). ’A masterpiece of wordplay and adventure, a novel that compares with Stendhal and Joyce.’ ~ Los Angeles Times Book Review. 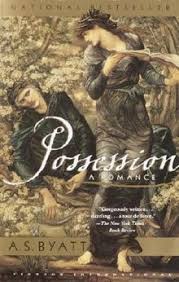 From the back cover:

Possession is an exhilarating novel of wit and romance, at once an intellectual mystery and triumphant love story. It is the tale of a pair of young scholars researching the lives of two Victorian poets. As they uncover their letters, journals, and poems, and track their movements from London to Yorkshire—from spiritualist séances to the fairy-haunted far west of Brittany—what emerges is an extraordinary counterpoint of passions and ideas. 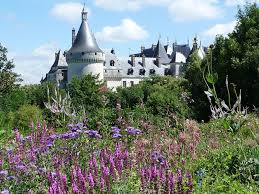 Castles are written about in literature, fairytales and children’s books. I wrote about a castle in the rainforest in my own novel Castle of Dreams. The castle ruins are in the far north Queensland rainforest and if you visit Paronella Park you can wander among the ruins of the castle built by Jose Paronella, a Catalonian immigrant, in the early twentieth century. When Jose was a child his grandmother used to read him bedtime stories about castles in Spain.

I am not sure if my WIP will feature a castle but it is possible!

Have a lovely week:  dreaming, reading, and writing.