Christmas is a time for our families to come together. I am blessed with two wonderful children and three grandchildren. My son holds a special place in my heart and my daughter too. They are my best friends. My eldest grandson, is so tall now and runs in marathons, my middle grandson is reading the classics, and my grandaughter is a treasure. I love them all and my happiest times are spent with them.

Here in Australia Christmas Day is often a very hot day with traditional dinners becoming a thing of the past (although some would disagree with this custom) but it is no less special and my favourite time of the holidays is Christmas Eve when we exchange presents.

Our family has Scottish ancestors so I thought I’d make my last post for 2016 a tribute to them.

Claire and Jamie from Outlander.

The Scots word “Yule” comes from the Old Norse “jól, which was a midwinter pagan celebration of the winter soltice. Traditionally, Yule refers not just to Christmas Day but the twelve days of the earlier festival. The Christian Church took over the celebration, but some of the traditions harked back to the pagan roots.

One of the most unusual facts about Scottish Christmas traditions is they haven’t been around very long. For nearly 400 years, the celebration of Christmas as we know it was banned in Scotland. It’s no wonder that the Scottish New Year’s festival, Hogmanay, is a days’ long party.

The Banning of “Christ’s Mass”

The people of the United Kingdom were oppressed by Oliver Cromwell in the mid-1600s. During a period known as the Reformation, Parliament issued the ban in 1647, and upheld it for nearly 15 years.

When Cromwell fell from grace, the ban was lifted in the most of the U.K., but not in Scotland. The Scottish Presbyterian Church continued to discourage Christmas holiday festivities, including formal Mass, and people suffered penalties if caught celebrating. This ban lasted for nearly 400 years.

Finally, in the late 1950s, Christmas and the U.K. tradition of Boxing Day became recognized holidays for the Scottish people.

Many Scots still burn a twig of the rowen tree at Christmas as a way to clear away bad feelings of jealousy or mistrust between family members, friends, or neighbors.

Once the ban on Christmas was lifted, the Scottish adapted many of the Christmas traditions used in England and the U.S. Today, the Scots celebrate with festive Christmas trees and presents for all. Great dinners include mounds of Scottish shortbread, mashed turnips, and roasted turkey or venison stew. In addition to Yule bread, families may also make a Black Bun, or Twelfth Night Cake. Similar to a fruitcake, it has thick pastry and is packed with spices, fruit, nuts…and more than a dash of whiskey!

One thing that a traditional Scottish Christmas has with the rest of the UK is that normally at 3.00pm on the television is the recording of the Queen’s Speech.

Scotland has very short days at the end of December. It is dark until around 8.30 am and again about 3.30pm in the afternoon. The shortest day is the 22nd December. The weather is usually quite cold, but not as bitter as other countries and the lights and warmth of candles in windows and the merrily burning fires in the grates are a welcome sight. 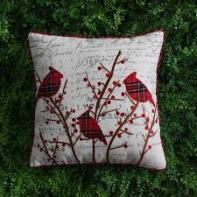 There must be something wonderful about having the native Scots Pine as a traditional Scottish Christmas tree. That lovely fresh smell of the pine against the cosy warmth of the indoors must be delightful.

Have a Happy Christmas and all the very best for 2017.

I am researching and writing a novel set against the backdrop of the First World War. It is partly set in Australia: Margaret River and the Tumut Valley and in London and the Middle East. It is a time-split novel and has two casts of characters who are connected across time. And the research is a such joy!

One character is botanist and and another an artist who live a hundred years apart yet are connected by botanicals. The modern day botanist brings abandoned gardens to life and the hundred years ago artist paints images of the wildflowers she has collected.

One of my male characters joins the Light Horse Regiment (conveniently raised in Western Australia where part of the novel is set) and another travels to England and becomes a pilot.

The 10th Australian Light Horse Regiment AIF was the only AIF regiment recuited in Western Australia during the First World War.

My research lead me to the city of Damascus.

In 1917 the 10th Light Horse Regiment were part of the Desert Column that advanced into Palestine. The regiment participated in the bloody battles to break the Gaza-Beersheba line and helped capture Jerusalem. They participated in the Es Salt Raid in May 1918. In August they were one of the regiments re-equipped with swords and rifle boots, and retrained to take a more orthodox cavalry role. In their new role they took part in the rout of the Ottoman army in the Jordan Valley, a campaign the light horse referred to as ‘The Great Ride’. In September the 10th was the first formed regiment to enter Damascus.

I spent time in Egypt some years ago and felt a connection to the culture and the history of the Middle East so a great joy for me while researching was my discovery of the poet Nizar Tawfiq Qabbani and his exquisite poetry.

Nizar Tawfiq Qabbani (Arabic: نزار توفيق قباني‎‎, Nizār Tawfīq Qabbānī) (21 March 1923 – 30 April 1998) was a Syrian diplomat, poet and publisher. His poetic style combines simplicity and elegance in exploring themes of love, eroticism, feminism, religion, and Arab nationalism. Qabbani is one of the most revered contemporary poets in the Arab world.

Nizar Qabbani was born in the Syrian capital of Damascus to a middle class merchant family. Qabbani was raised in Mi’thnah Al-Shahm, one of the neighborhoods of Old Damascus. 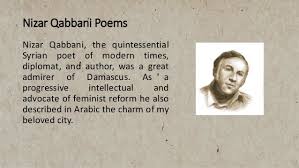 Part of Verse 14: Damascus, What are you Doing to Me.

Have a wonderful day (I am spending the afternoon with friends at  a lovely house with a walled garden).

Readers of  my novel Castle of Dreams often ask me about the Gremlin Special crash which was the inspiration for part of the narrative.  It’s a fascinating story and one I’d like to share with you.

I scribbled all the details down in my notebook. Nothing I could have imagined about Nan’s past was as fascinating as the true story of her lost love: a soldier who died in a fiery plane crash. No matter how many years had passed since then, her story was tragic. I felt a deep sense of sadness as I watched her squint to pick up a dropped stitch. I could only guess the effort it must have taken to talk about Robert’s death. As if to confirm my thoughts, she finished the row, wrapped her knitting around the needles and put it down in her lap.

‘I was woken by birdsong. In the dim morning light I unwrapped myself from the tarpaulin slowly and painfully, as if from a shroud, and stood up. I’d heard a search plane during the night and saw what I thought was the light of a flare, but the plane had flown on, not noticing the still-smoking wreckage under the thick jungle canopy. I put if out of my mind. I had to focus on staying alive and not give in to despair.

‘I bent down and gently shook Robert’s shoulder. He didn’t move, so I knelt and pulled back the canvas. Believing him sleeping soundly, I touched his cold face, shook him harder. He didn’t respond. It was only when I saw the dried blood on his neck where it had trickled down from his ear that I knew he was dead.’

The Gremlin Special was a Douglas C-47 Skytrain that crashed during a sightseeing flight for U.S. servicemembers over the Baliem Valley (‘Shangri-La Valley’) in New Guinea in 1945. The recovery of the three survivors from an isolated valley surrounded by mountains, enemy troops, and native inhabitants was incredible.  There were 5 crew and 19 passengers and only 3 people survived the crash.

The New Guinea jungle is the biggest graveyard for crashed planes in the world and the recovery of the three survivors from an isolated valley surrounded by mountains, enemy troops, and native inhabitants made worldwide news at the time.

The three survivors were spotted on the ground during an air search. Two medical paratroopers were deployed to the site, followed by 10 other support troops. A journalist, Alexander Cann was dropped into the site to document the rescue attempt. The high-altitude rescue was performed using Waco CG-4 gliders towed by a Douglas C-47 Skytrain. Three separate rescues were performed by towing a glider with single pilot into the valley. The glider was then loaded and configured for a live capture by the tow plane which recovered the survivors, towing them back to a base in Hollandia.

This is the original video of the rescue.

I’ve enjoyed sharing some of the research I did for Castle of Dreams with you.