In my book Castle of Dreams I have a short scene where Vivien and Robert discuss bee folklore. Bees are prelevant in mythology and folklore and in my WIP I have created an eight acre orchard and my working farm has beehives. While researching bees I have become fascinated with these mythical insect that are  often thought of as having a direct route to heaven. 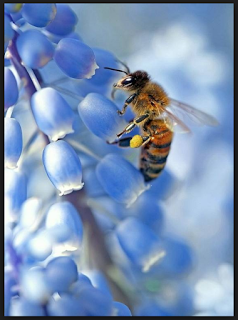 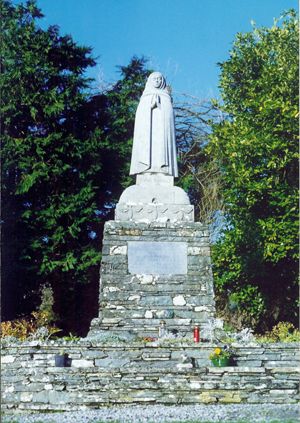 The Irish saint is known for her care of the sick.Her name is the Irish equivalent of the Hebrew name Deborah, which means ‘Honey Bee.’ She used the properties of honey in the treatment of illness and healing of woundss.

Bees prepare for winter by gathering a winter reserve of honey.

Honeybees head to the hive when temperatures drop. They have one main job in the winter — to take care of the queen bee. This means they must keep her safe and warm. As the weather becomes cool, the honeybees gather in a central area of the hive and form a ‘winter cluster’. The worker bees then flutter their wings and shiver. This constant motion and continuous use of energy is how the bees keep the inside temperature of the hive warm.

The telling of the bees is a traditional European custom, in which bees would be told of important events in their keeper’s lives, such as births, marriages, or departures and returns in the household. If the custom was omitted or forgotten and the bees were not “put into mourning” then it was believed a penalty would be paid, such as the bees might leave their hive, stop producing honey, or die.The custom has been most widely noted in England but also recorded in Ireland, Wales, Germany, Netherlands, France, Switzerland, and the United States. (Ref. Wikipedia) 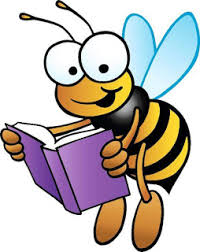 I admire beautiful book covers and I have sometimes bought a book just for its cover.  Here are a few book covers with images of bees.

Have a wonderful week, writing, reading and dreaming.

4 responses to “Telling the Bees-Mythology & Folklore”