A poignant, luminous novel about two sisters, about a mother and daughter, a loved granddaughter, the past that separates them and the healing that comes with forgiveness.

If you love secrets and how they impact on the present you will love Castle of Dreams and the Blake sisters’ Vivien and Rose, and Captain Robert Shine, an American soldier stationed in Brisbane during the Pacific War. And there is Australian soldier, Dave Bailey, mechanic and all round good guy, Ruby who reads the tarot, William who lost a leg at Fromelles and wears an artificial one and Harry who owns Castillo de Suenos. And in the modern day narrative, Stella a photographer and the daughter of Linda and granddaughter of Rose, and Jack, Stella’s boyfriend, who is a journalist. It is a story that brings alive the war years and how secrets from the past can always be discovered if you care to search for them.

Castle of Dreams has had some great reviews, here are a few of them:

Beneath the stunning tropical themed cover of this beautiful book, lies a wonderful multi layered and complex historical romance, fused with a contemporary narrative. Castle of Dreams is the story of two sisters, Vivien and Rose and their experiences in Australia during the Second World War era. Tied to this wartime story is that of their granddaughter/great niece Stella, who seeks to uncover a shroud of secrets that surround her grandmother. Set in the tranquil and tropical locale of far north Queensland, in the grounds of a Spanish style castle, this is a remarkable spilt style narrative of the lives, loves and family secrets of the two Blake sisters.
I had an immediate feeling when I bought this book that I was absolutely going to love it. I simply cannot resist novels that combine a contemporary narrative with an historical fiction story, particularly if it is set in Australia. Castle of Dreams successfully weaves intrigue, ancestral secrets, love and history perfectly together.
I enjoyed following the journey of each of the characters in this novel, from the two Blake sisters in the wartime – their complications as well as the twists and turns their lives take. McCune has constructed characters that are likeable, relatable and have interesting stories to match.
There are some fantastic themes running through this book that McCune tackles with precision and insight. It was fascinating to learn about the Australia during wartime. It is clear that McCune has drawn from a variety of sources to inform her narrative. McCune sensitively and comprehensively covers such topics as PTSD in returned soldiers, the treatment of American troops in Australia and Australia’s involvement in the war in the Pacific region. She also portrays very accurately the societal expectations of the time. The final result is a novel that is finely in tune with the era in which it is depicting.
The setting in Castle of Dreams is simply magical. There is an ethereal quality about the beautiful Castillo de Suenos, which plays as a major centrepiece in the novel. I looked forward to the scenes that featured this lavish locale and found myself keen on researching more about ‘Paronella Park’, which was the muse for Castillo de Suenos. McCune compliments her descriptions of Castillo de Suenos with prose on the surrounding flora and fauna, which gives the reader a wonderful distinct picture of life in this part of Australia.
Castle of Dreams is a novel that I simply just could not resist putting down. I read it in two days. The latter part of the novel ensured that I was unable to stop turning the pages until the secrets of the Blake sisters were uncovered. When I reached the conclusion I felt a mixture of sadness and happiness in how the characters end up.
Castle of Dreams is a spellbinding and magical novel that illustrates the power of long held family secrets. Castle of Dreams is easily a five star read for me, it is the type of book that I am going to pass on to as many readers as I can as I adored it.
Amanda Barrett-#162 Goodreads reviewer.

Castle of Dreams is immersive and charming and I couldn’t put it down. Highly recommended!
Cecilia Dart-Thornton – Best Selling Author

Elise McCune is a born storyteller. I admire Elise enormously as she has put in the hard yards as a writer. Castle of Dreams, dances, strides and runs off the page in the most satisfying way. Readers will wish her next book was already published so they could pick it up as soon as they have finished Castle of Dreams.
Berndadette Foley-Big Country Book Club

I adored reading Castle of Dreams by Elise McCune. The pretty cover depicts the story that lies inside; a historical novel partially set during World War 11 in Australia’s tropical north Queensland. A beautiful rainforest castle, provides the perfect, almost magical, setting for this delightful narrative to unfold.

The characters are drawn in such a way as to make me feel I knew them; I cared about them and felt the emotions they were feeling. A totally fascinating and absorbing debut by this author and one I highly recommend.
Brenda Telford-Amazon reviewer.

The many stories that intertwined to bring one big family secret out have you gripping to see what comes next. It was very hard to put down, beautifully written and set in Queensland.
Tianne Shaw-Goodreads Reviewer

I really enjoyed reading this novel and discovering the secrets, lies and loves of the main characters. The authors description of Castillo de Suenos was magical. I was lucky enough to visit Paronella Park, which was the inspiration for the Castillo de Suenos, a few years ago and the authors description took me back to this wonderful place. I was getting a little confused towards the end of the novel and had to reread a couple of passages but in the end it all made sense. If you have been to Paronella Park it’s worth a read and if you haven’t been it’s still worth a read. Great book.
Maria-Goodreads Reviewer

I have just finished reading Elise McCune’s Castle of Dreams novel which I recently won a copy of thanks to Allen and Unwin and Goodreads. It was a captivating novel spanning decades. The picturesque images and characters portrayed by this author (which amazingly is her first published) set in far north Queensland’s rainforest region and begins about the time of the Second World War held many secrets dramas and loves lost and reclaimed and showed the importance of family. I loved it my favourite book this year. I can’t wait for her next book. Thanks again for picking me as a winner.
Janet Ryan-Allen and Unwin Facebook page

To be honest, it took me a while to get into this book – I’m not a fan of overly long descriptions. However, once the secrets started unravelling, I could not put it down.
As a Queenslander, I thoroughly enjoyed the scenes set during WWII. I must admit I didn’t know Australian men were so hostile to the American soldiers and am a little ashamed to be honest. I also plan to put Paronella Park, located near Cairns–which is the real life inspiration for the castle referred to in the book–on my long list of places I want to visit.
Castle of Dreams is an impressive debut. Enjoy!
Rating: 4 stars (out of 5). A copy of “Castle of Dreams” was given to me for free in exchange for an honest review.
Reviewer: JP Combe 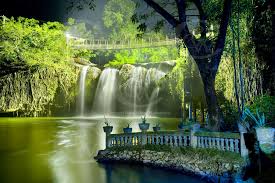 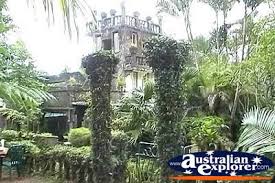 Filed under Castle of Dreams, Elise McCune, What Elise Wrote

One response to “Castle of Dreams – Reviews”