A Writer’s Notebook – Castle of Dreams 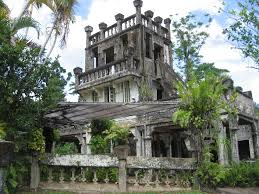 I have finished the structural edit on my novel Castle of Dreams to be published by Allen & Unwin in April 2016. While I was in the midst of this edit it was a priority. I didn’t watch television, go to the movies, have dinner with friends (well, occasionally) and this was the only way I could finish editing by the due date. I had a sense of excitement when I got up each morning and while I knew I’d probably be at the computer for hours during the day and evening I didn’t mind. I went to another place: the world of my characters. Castle of Dreams is a duel narrative story set in the nineteen forties (a period in history I love) and in contemporay times:  2008-2009. The main characters you will meet in the historical narrative are Vivien and Rose, two sisters who have grown up in Castillo de Suenos, and Robert an American serviceman stationed in Brisbane during WW2. In the contemporary narrative you will meet Stella, the granddaughter of Rose. The historical strand of the story, set in far north Queensland, is about the two sisters and Robert Shine the man they both love. It will be nearly seventy years before the consequences of their potent desires are fully played out as Stella looks at a light filled photograph of her grandmother and wonders at the intensity of it. The question will lead her to the truth about those fevered years in the nineteen forties. The story explores the quixotic nature of memory and the perils of obsessive love, and shares dark family secrets which have long been hidden. Paronella Park was the inspiration for Castillo de Suenos the Castle of Dreams and if you google Paronella Park you will see the beautiful images of the ruins of the original castle. In future posts I will write more about Paronella Park and its history.

Good writing and reading to everyone, Elise x